Mood, focus, motivation, migraines have a profound effect on our life. They make us productive, apathetic, or self-destructive by a simple chemical switch. Controlling this switch effectively is still out of reach for modern science, but at least we can understand some effects and try to build working strategies.

Neurons in the different regions of the brain comprising the reward system communicate using dopamine. Dopamine also enhances reward-related thoughts, memories, and emotions in the hippocampus, amygdala, and prefrontal cortex.

The picture is less clear regarding the existence and anatomy of a punishment system. Possible systems may include dopamine, serotonin, and GABA neurotransmitters.

What are dopamine and serotonin?

Not all scientific information is actually useful even when it is educating.

Neurotransmitters are chemical substances made by the neuron specifically to transmit a message across the synapse to a target cell including neurons, muscles, or gland cells. There are seven major neurotransmitters: acetylcholine, dopamine, GABA, glutamate, histamine, norepinephrine, and serotonin.

The neurotransmitters dopamine and serotonin regulate similar bodily functions but produce different effects. Dopamine regulates mood and muscle movement and plays a vital role in the brain’s pleasure and reward systems. Unlike dopamine, the body stores the majority of serotonin in the gut, instead of in the brain. Serotonin helps regulate mood, body temperature, and appetite. Having too much or too little of either neurotransmitter can cause psychological and physical symptoms.

Dopamine and serotonin systems evolutionary predate the development of vertebrates, so the mechanisms are really fundamental. Oh, and there are five types of dopamine receptors, and thirteen different types of serotonin receptors…

OK, we feel smarter. Now, what do we do with that? We can for example consider different kinds of dopamine and serotonin and how they are affected by some common nootropic substances. The list can be a bit boring, so you can skim through it.

The reward and aversion system evolutionary ensures that living things want to do things good for their survival and avoid things that can endanger them. The system is very complex and can be hacked via addictive substances like alcohol and tobacco.

D1-like receptors stimulate. For example, Ritalin may cause addiction (ΔFosB gene expression) in the D1-type medium spiny neurons. Especially in the dosage that generates euphoria, this can be dangerous. D5 receptor participates in the synaptic processes that underlie learning and memory, but also can reduce tension. Mice lacking this receptor in their brains showed hypertension and elevated blood pressure.

D2-like receptors cause aversion. Antipsychotic drugs that are antagonists for the dopamine D2 receptor tend to bind D3 and D4, and also some serotonin and histamine receptors – generating a large range of side effects. D3 is responsible for adaptation to stronger stimuli (prepulse inhibition).D3 and D4 are targets for drugs that treat schizophrenia, drug addiction, and Parkinson’s disease.

D4 is responsible for novelty seeking and openness, accelerating working memory performance and fear acquisition. Children with poorer quality parenting were more impulsive and sensation-seeking than those with higher quality parenting.

We also have a lot of neurons in our spine. The GABAergic medium spiny neurons of the striatum are components of the reward system as well. This is one of the reasons GABA is often recommended as an effective and not dangerous nootropic.

5-HT is another name for serotonin. Receptors of serotonin are often named 5-HT1A and so on. The mapping of serotonin receptors changed several times.

5-HT receptors were split into two classes by John Gaddum and Picarelli when it was discovered that some of the serotonin-induced changes in the gut could be blocked by morphine, while the remainder of the response was inhibited by dibenzyline, leading to the naming of M and D receptors. Spiperone and LSD were shown to label two different 5-HT receptors, and neither of them displaced morphine, leading to the naming of the 5-HT1, 5-HT2, and 5-HT3 receptors, corresponding to high-affinity sites from LSD, spiperone, and morphine, respectively. Eventually, 13 different subtypes of serotonin receptors are discussed today.

5-HT1A receptor agonists are involved in neuromodulation. They decrease blood pressure and heart rate via a central mechanism, by inducing peripheral vasodilation, and by stimulating the vagus nerve. This reduces anxiety and depression.

5-HT1B is a serotonin receptor that inhibits the release of serotonin and dopamine. Lacking the receptor is associated with alcohol consumption anomaly, lower anxiety, and higher aggression.

5-HT2A receptors are strongly involved when using psychedelic drugs like LSD. They may modulate cognitive processes, working memory, and attention. We can experience neuronal excitation, hallucinations, out-of-body experiences, and fear.  Suicidal and otherwise depressed patients have had more 5-HT2A receptors than normal patients.

5-HT2B receptors have complex cardiac and vascular functions and protect the body against excessive serotonin release. It also provides sensitization to tactile stimuli.

5-HT3 subtype is structurally different and then there are multiple different subunits witing the subtype. Their activation may generate seizures and vomiting for example in chemotherapy.

5-HT4 not fully understood, it has not been found in the cerebellum.

5-HTR5A receptor has something to do with the widening of blood vessels.

5HT6 receptor is expressed almost exclusively in the brain. Antagonism of 5HT6 receptors also facilitates dopamine and norepinephrine release in the frontal cortex, while stimulation has the opposite effect.

The 5-HT7 receptor plays a role in smooth muscle relaxation within the vasculature and in the gastrointestinal tract. The 5-HT7 receptor is involved in thermoregulation, circadian rhythm, learning and memory, and sleep.

The serotonin transporter (SERT ) removes serotonin from the synaptic cleft back into the synaptic boutons. Thus, it terminates the effects of serotonin and simultaneously enables its reuse by the presynaptic neuron.

The dopamine transporter (DAT) is a membrane-spanning protein that pumps the neurotransmitter dopamine out of the synaptic cleft back into cytosol. In the cytosol, other transporters sequester the dopamine into vesicles for storage and later release.

Some drugs modify the behavior of transporters. For example, bipolar disorder and ADHD are strongly related to a lack of dopamine transporter. Zinc food supplements may affect dopamine binding and reduce psychotic anomalies.

Taking magnesium supplements may increase dopamine and serotonin generation, thus raising the levels of the neurotransmitters. Thus magnesium can treat anxiety and depression. If your drinking water was heavily filtered you may be lacking magnesium.

Neurotransmitters such as serotonin, dopamine, and GABA also need vitamins B2 and B6 (PLP)  for activation of the relevant genes and hormones… So the vitamin B complex may regulate neural issues.

From elements to systems

As an engineer, I always feel I understand something when I see it in action, as a part of a system, and can properly model its behavior. Dopamine and serotonin regulate several important and very different systems. Two of these systems I want to address are the reward system and the pleasure/mood system. These systems have a critical role in one’s motivation and productivity, so we constantly try to fine-tune them. Yet the issue can be chemical: incorrect distribution of neurotransmitters, for example.

Usually, in my materials, I address mental techniques for dealing with personal issues. Occasionally I address equipment and lifestyle. I almost never address the chemical part. Self-administering psychoactive drugs can be dangerous and illegal. Even with proper medical support, the results are still somewhat controversial. With serotonin one may gain a reasonably good mood but also gain weight and lose sexual drive. With dopamine one may get focus, but also become irritable or robotic. New generations of medication work very differently per subtype of receptors, which makes modeling and understanding even harder.

The main problem with medication: it is not very selective. Multiple dopamine or serotonin receptors are activated or suppressed in different areas of the body leading to complex results. There is a strong controversy regarding the efficiency and side-effects of long-term drug treatment. Fortunately, some supplements can replace more specific medications. Unfortunately, doctors are less inclined to subscribe food supplements, so these are often self-administered.

Why does reading this article make us more confused?

This article is a bit strange. Reading it provides a lot of information, yet it confuses and defocuses. Not just the reader. As the author, I am also somewhat confused. The reason is quite simple. Science offers some glimpses of the relevant factors, but not a full interplay of them. Moreover, there are dozens of subtypes of neurotransmitters involved and most chemicals do not affect them selectively.

Also, understanding which serotonin receptors respond to morphine or LSD may explain the specific kinds of drug-induced euphoria, but offers very few steps that are actionable and legal.

This is one of the reasons I constantly recommend healthy habits and food supplements and rarely recommend specific medications. 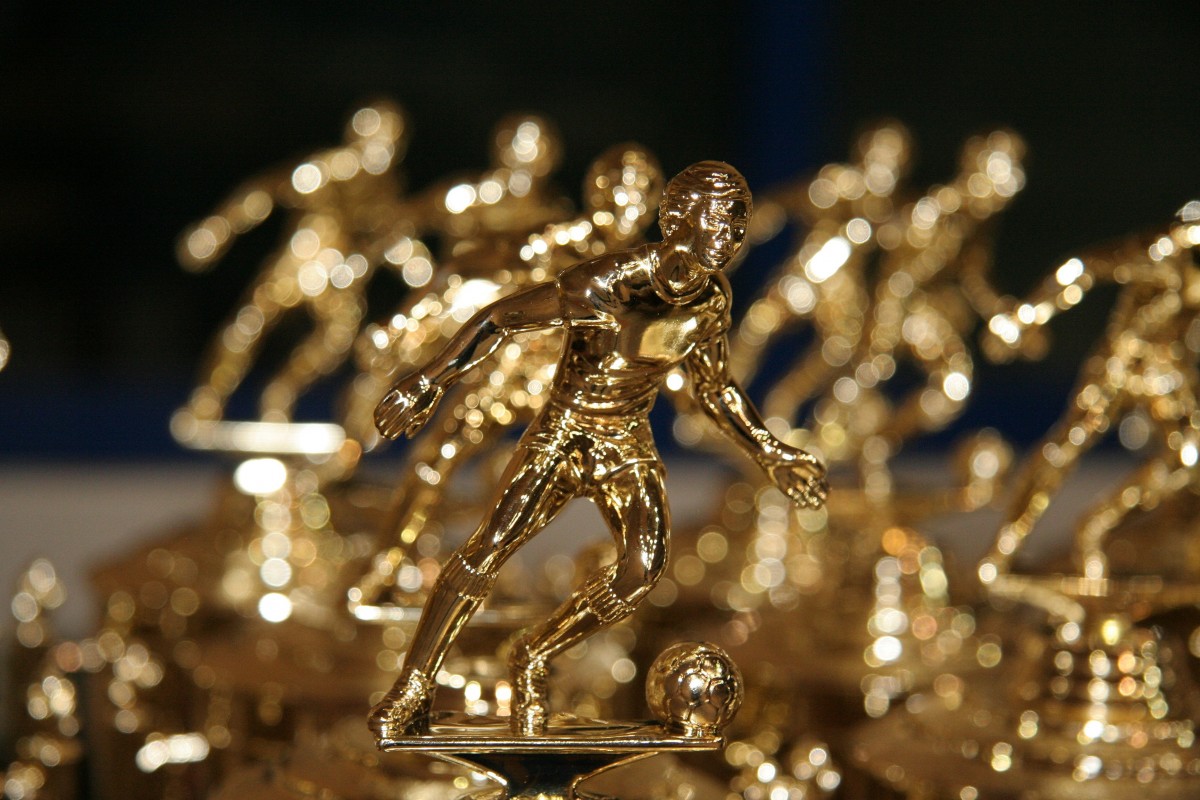