Memory sports are not as popular as chess, yet there are serious brain athletes with immense skills. Most of them use small variations of PAO in mental palaces. What makes these methods so powerful, and why some athletes are better than others?

If you want to encode and memorize 10 decks of cards as soon as you can, you are probably a memory athlete. Even if your end goal is a local casino or poker championship, what you are trying to achieve is in the domain of memory sports.

While my methods and memory sports have many common traits, they have very different goals.  Memory sports are not about learning a lot over two decades and using the knowledge creatively, but it is about the brutal memorization of thousands or tens of thousands of keywords as fast as you can. If you forget these keywords the next day after the tournament, it is actually an advantage.

10 decks of cards is equivalent to 52*2*10= 1040 digits, as each card can be represented by two digits. And this is a basic memory mastery requirement. Memorize 1000 digits in an hour or faster. An hour for 1000 digits is an entry-level requirement. If you get 1000 numbers in 15 min, you might be near the world’s record. Since the encoding is slightly different for cards, decimal digits, and binary digits, memory masters do some very special training for cards, words, faces, dates, and spoken and written numbers. Here are some statistics.

Compare memory championship to esports. Most top-level champions are teenagers because after the age of 30 our access to visual memory becomes slower.

While most esports masters are young males, female memory masters are as effective as males. Wei Qinru from China is one of the top memory athletes. When she won the world memory championship in 2018, she was only 14 years old. And yes, since 2014 the majority of memory masters are Asians, Chinese or Korean.

I read that there is a variation of PAO that uses hieroglyphs instead of regular PAO tables. The method combines abstract image visualization training and a hierarchical combination of 2D symbols instead of 3D object placement. Since 2D is inherently faster than 3D, it provides a small advantage.

A very different advantage of Asian kids is their ability to practice every day 8 hours per day. Such extreme dedication to a relatively abstract sport is very rare outside of Asia and it is absolutely required for top-level performance.

Unlike the rest of us who have no idea what we will see next, memory champions work with fixed tables. The speed of access to each member in the table is critical, and it is hard to access very fast tables of more than 100 items. Moreover, the table access is trained per data type to eliminate dual encoding.

The tables have multiple inputs and multiple outputs. So if a memory master sees two digits decimal numbers or 6 digits of binary numbers or a card, he immediately accesses one of the three tables: person, action, and objects. These tables and their rotation are hard-coded by long practice. The results come out automatically and extremely fast. When we calculate simple multiplication or chant the ABC, the complexity of the task is similar. Kids spend a year or two at school until ABC and simple multiplication become automatic. Memory champions spend several years on their tables, and they are highly motivated adults, so they perform the trick faster.

Memory masters invest a lot of time into their tables. Many masters consider their tables a closely guarded secret. Beginning athletes often post their tables online, so we can analyze and compare. The tables are almost always for two digits. Every group of 10 often follows some genre like sports, music, fashion, and so on. Since actions are hard to visualize, quite often it involves a device like a gun or a guitar. Thus typically the visualization involves a very repeatable and highly branded celeb using a device on an object. For example, Elton John shooting from a shotgun little teapot.

Since we have slightly different pop-culture anchors, each memory athlete uses his own table. People rely on the cultural icons they immediately recognize and do not add further details. Moreover, pop culture is usually better than autobiographic memory. Nobody wants to remember the sequence after the competition and this is an easy way to separate personal memory vs arbitrary memorization tasks.

Once the PAO is encoded, it is placed into the mental palace. Since PAO visualizations in memory sports are very simple, and the sequences are very long, the mental palaces tend to be very detailed. Memory champions use several hundreds of object placement opportunities per small memory palace with a fixed itinerary. This is not what I teach in speedreading. Why does micro-placement work better in memory sports?

In memory sports, there is a lot of effort invested in fixed itineraries. Every surface of every memory palace is used for placement. Such detailed itineraries enable better disambiguation of the location of the PAO. When reading, we do not mind swapping facts and details, like swapping two sections of the text we read. Also, if we forget 15% of what we read it is not a big deal. In memory sports, such mistakes are strictly forbidden. Linking visualizations with very detailed locations enables an easy realization of everything that is misplaced.

When I was young, memory masters were creative storytellers. The better the story, the more memorable it is. However, storytelling is slow. Today memory sports are detail-oriented. A memory champion can easily spot a pen moving by an inch on a desk in a room. This is a very different, complementary skill.

The PAOs in a mental palace may be telling a story if you belong to my generation. If you are younger, you simply observe and memorize a collection, like a tour in a museum.  Our brain is perfectly adapted to this sort of memorization as our ancestors used to hunt and read traces of animals: very small changes in the environment.

Since the locations in memory palaces are very detailed and almost micro-managed, every change in the collection is immediately visible. If you find Albert Einstein in your bed eating a red toy car, this is not something you can easily forget. No further story is required.

Side note: I do not want my kids to be memory athletes

I have three kids. Two of them are already above 13 years old, and they read 800+ wpm each. They also remember what they read. Yet we made no attempt to make them into memory athletes. Here are the reasons:

Kids often copy their parents, whether they like it or not. My kids model their behavior after me. When I was I child I was a good chess player, but I hated the experience. I personally find mental sports incredibly boring.  I cannot expect my kids to be entirely different.

When we are tired, we watch as a family a film with subtitles at x2 speed, doing casual gaming at the same time and after the film, we discuss its trivia. It is not normal. We do not mind.

Why do PAO and memory palace rule memory sports?

Memory sports are extremely structured. They work with relatively few types of inputs, and usually with medium sequences. There are no hierarchies or complex connections. No further details are added after the visualization. And there is no need to use the information after a year in a very different context.

These qualities are beneficial for encoding tables: both in creating simple visualizations and in placing the visualizations in the memory structures. And there is nothing as basic as a person performing an action on an object. With ~100 conversions per table, the combinations almost never repeat.

Doing the same thing in 2D rather than 3D may make everything slightly faster, but most of us would not notice the difference. If someone asks me how this methodology can be applied to his studies or his work, the answer is very simple. It has to be changed in a nontrivial way. Such modifications characterize the way I teach, for example in my memory course

After all, I need to remember millions of keywords for decades… If I am somewhat slower than an average memory athlete, I do not mind. Kudos and respect to everyone practicing memory sports. 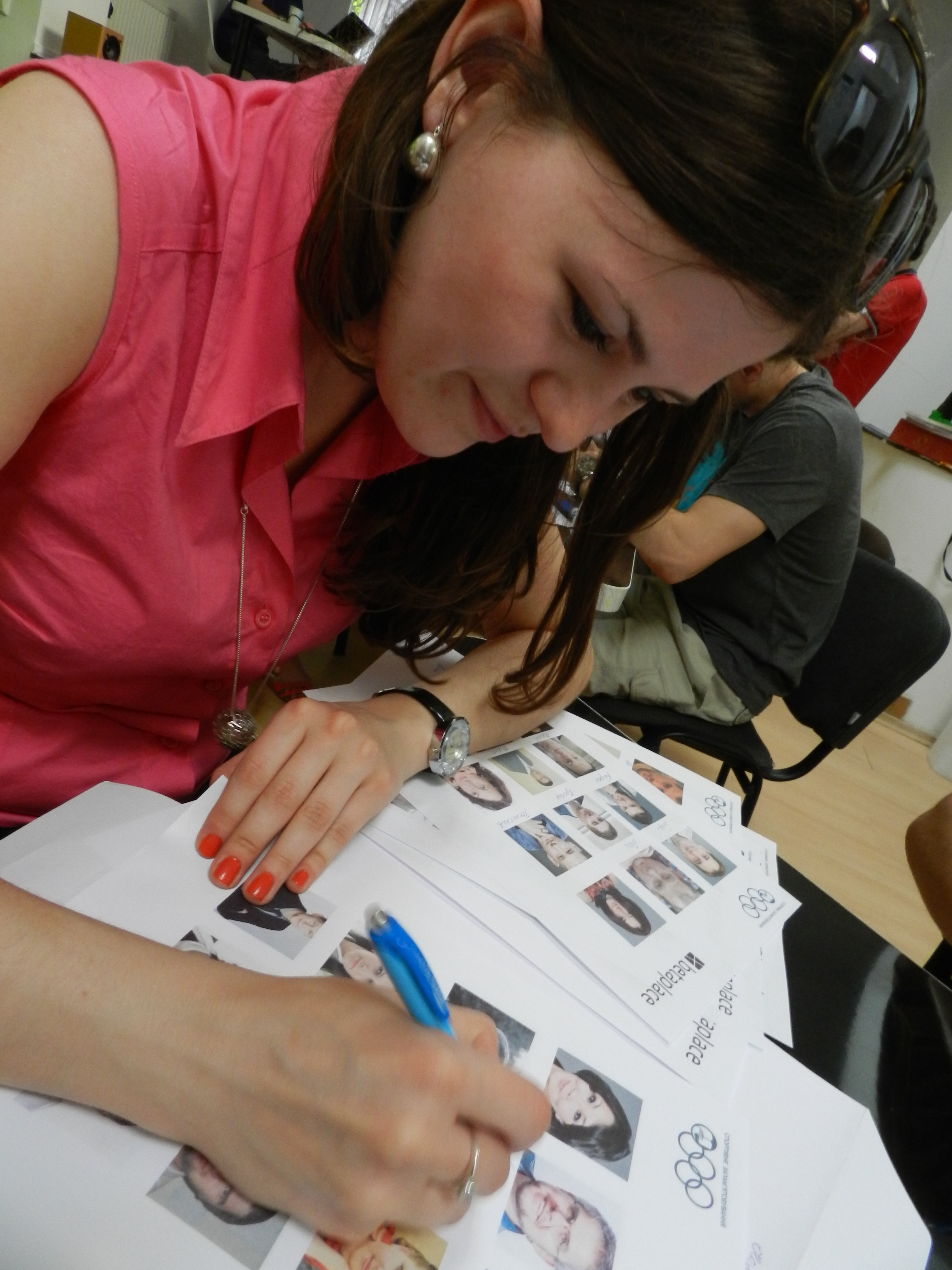