We are addicted to our technology. Computational power is one of the fastest-growing technological products. No matter how much we have it seems not enough. We constantly fine-tune and overclock our computers, and yet they are not fast enough for our growing appetites. Is this normal?

The vicious cycle of computational overdose

Take for example this article with some basic ideas about speeding up your computer. It is actually normal to feel that your computer is slow when it no longer can run games optimized for the new generation of hardware… What does that actually mean?

As a result, the old hardware becomes slow, and the new hardware is barely enough. So the hardware manufacturer pushes new updated technology and the cycle continues. The whole system is designed in a way that no matter how powerful your hardware is, it will never be enough. As a side effect, by the year 2060 every computer manufactures is expected to be as powerful as the combined intelligence of the entire humanity. And several years after computers will double their capabilities once again. That’s actually a scary thought…

Most high-end personal computers are used for gaming, also called e-sports. Gamers have lightning-fast reflexes, and they invest a lot of effort in improving the response time. Each millisecond of computer delay is critical. Smart gamers often neutralize some of the rendering engine capabilities to reduce the game lag. Others want to enjoy the most beautiful UI they can, and they turn on all graphical engine capabilities. With a large screen. This requires a very stable and powerful power supply and the most advanced GPU cards on the market.

If you play massively multiplayer online role-playing games, the bottleneck is not even the computer power but the network speed. Then the wise thing is investing in fast connection with symmetric upload and download speed, and the best router money can buy.

An additional delay can be generated by antivirus or windows update. Switching to Linux usually makes computers significantly more responsive, but they lose compatibility with many programs and technical supports gets more expensive.

Yet somehow many people invest a lot of money into new huge CPUs with overclocking. Why? Usually, because they use suboptimal (e.g. free) software that does not take advantage of the available GPUs… Or maybe they multitask a lot. If the software is suboptimal, the critical path shifts towards CPU…

Each path of making the computer faster is costly. Basically, one buys reasonably well a computer that is almost good enough. To get a better price it may be wise to buy a used high-end computer. At least it will have a good power supply and motherboard.

Then after a year of trying to understand what is wrong, one invests a similar amount into buying the most critical part for the way he uses the device. This time a very powerful and expensive lats generation block is purchased.

For me, at work, this is usually a GPU. Machine learning computer typically has a pair of the latest Titan GPUs connected with a quick connection. At home, the critical element is storage. I have a huge NAS with several HDDs, a large but slow SATA SSD for most tasks, and a very fast but relatively small NVMe M2 card where it is required. Because my home computer is used for videos.

My kids on the other hand ask for a faster CPU and more RAM memory. They multitask: play a casual MMORG, while having a zoom session, recording and editing a video. They do not need a lot for each task, but multitasking is hard for any computer.

Do we really need this?

Unlike my kids and me, Anna uses old computers, often as old as my kids. She needs a Chrome browser with google docs, Skype or Zoom and that’s about it. I can swear that on some of her computers she has Windows 8 and she is happy with that excuse for an operational system.

As far as understand people and what they do with their computers, a 10 years all computer satisfies all the needs of 80% of the users. Especially if they used paid professional software they bought 10 years ago and never needed to upgrade. An extreme example of this is my accountant. I think his computer is 20 years old and it answers all of his needs.

My kids are extremely hungry for new and better computer hardware. On one of their computers, I installed 3 disks: an SSD of 1 TB, a fast hybrid HDD of 4TB and a slow very reliable red-label HDD of 12TB like I use in my NAS. After three months the kids tell me that the computer is slow. I ask them to check the disk space and they tell me that the disk is full. Puzzled I check the disk.

My kids installed EVERYTHING they could think of on the poor SSD. Including large video recordings they hardly ever use. They reduced the swap memory. And they constantly installed and removed games leaving a lot of temporary “user data”.  Needless to say, I asked them to move every software they do not use all day long to hybrid HDD and the recorded video to slow and very reliable HDD. Suddenly their computer stopped lagging.

After a month they complained about lags once more. This time Windows tried to update itself, but each time half-way through the kids restarted the computer. Clearly, I asked them to let Windows do its upgrade.

This happens every once in a while, maybe ten times per year. And I have gifted kids, gamers with good math skills, interested in music and video editing and intelligent enough to find solutions for most of their issues online. What happens in other houses? I do not even want to know.

Among gamers, good equipment is a status symbol. My kids bought a very aggressively looking but uncomfortable gaming chair instead of an ergonomic chair with a twice higher pricetag. They simply did not care about the ergonomics.

All of my kids want a cool mouse and computer with illumination. Not because this is an ultra-crispy mechanical keyboard and high precision heavy mouse, but because Razer backlighting looks good. Highly customizable keyboard and mouse confused them as they kept pushing hotkeys they did not understand. Instead, I bought them a very cheap chinese keyboard with lots of leds and they were satisfied.

Moreover one of their friends bought a gaming bed. They were thrilled and asked me for such. What is a gaming bed? A bed with a shitty mattress, controls for the angle of the head and the feet, and programmable led stripes everywhere. My parents have something like a hospital bed, e.g. the gaming bed with a better mattress and without the leds. After trying it for a night, the kids decided that their lower back is more important than impressing their friends.

I have smart good kids. They play multiple games reasonably well. Well enough to have a youtube channel about gaming but not well enough to become professional e-athletes.

Experts spend all of their computational power on AI. Every new generation of AI needs more training data, has more hyperparameters, and is more sensitive to various overfits and errors in the training datasets. Personal computers are good enough just to check that there are no bugs, and maybe run the inference. The actual training happens on huge machines with multiple GPUs in some remote data center near some river cooling the center to save money on air conditioning.

Why is AI so hungry for data and energy? Our computers operate at multi-GHz clocks, with relatively few processing units.  Our brains have a lot of neurons, but the biological clock is probably around 100Hz. Most of our neurons do not even participate when we process information. The neurons that participate definitely do not work with full floating-point precision.  We are simply just learning to turn off AI connections we do not use. And we do that on TPUs or special FPGAs, definitely not on regular GPUs.

Nvidia has opposite goals. It needs to introduce very efficient architecture to rival dedicated TPUs, and it needs to introduce very powerful switching units to connect large number of regular GPUs. The amazing thing:  it improves equally well in both directions. The less amazing thing: state-of-the-art networks still use all the resources they can get, only this time from more powerful systems.

Every two or three years the computational power of our computers is doubled. First, it was a simple Moore law, then the revision of this law for GPUs, and soon enough it will apply to complex hybrid monsters with quantum computers. The exact tech does not matter. What matters is a simple fact that no matter how smart computers are, it is never enough. And computers already outplay humans in chess and in poker.

Computers already learn to optimize their own architecture much better than any human can do. They even build neural network architecture much better than the best data scientists. Computers will become smarter than us in any way that matters, and are likely to consume all readily available energy resources if allowed to do that. And we are not smart enough even to make an ethical AI. 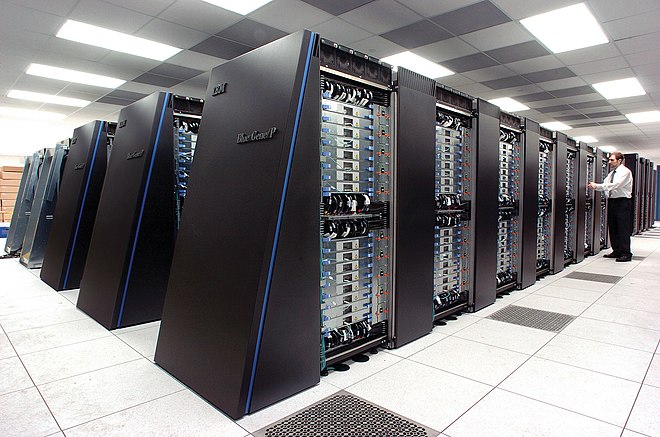