We sign documents without even thinking about the meaning of our signature. Moreover, we select and design our signature at a very young age and then often use it for as long as we live. Without thinking too deeply about it. As an exercise in creativity and critical thinking, sometimes when I see something obvious, I try to understand more about it. What I find can be quite interesting.

The etymology of signatures

When we visualize a signature, we usually visualize our own signature. In fact, “signature” is an abstract word, meaning “mark” in Latin. Like “time signature” in music or the instructions for using a medical prescription. But this is not the signature we discuss here. We address the identification and authorization of a document.

In Scots law, the seal of the Court of Session, is called Signet. And since the 16th century it is a part of the English language. In Russian “подпись” literally means something written at the bottom of a document, just like german “Unterschrift”. And in Hebrew “חֲתִימָה” is akin to a seal.

A signature is protected by copyright law (actually this part is very complex ) and should not be forged. Due to literacy rates and fraud increasing rapidly, English Parliament passed the Statute of Frauds in 1677. This act required contracts to be in writing if they were to be considered legal. It was a crucial step to pave the way for the written signature.

The history of signatures

In fact, signature predates Romans and the first signatures were name seals.

The first recorded signature occurred in the 30th century BCE by a scribe in Ancient Mesopotamia. In good museums, it is easy to find hundreds of name seals from ancient Babylon that were pressed into clay, many of those were small tubes carried by ancient merchants on a string. Due to the complexity of Chinese writing, many oriental professionals still use name seal. We, westerners, often combine a seal and a signature. For example, when I sign on a company document as CEO I use both.

Illiterate people often signed with a small X or a fingerprint. But when they wanted to make a pact memorable, they often inflicted pain. Like cut their hand and let the blood mix. Or with saliva and handshake. It was very physical so that the person remembered his promises for a very long time. At least the biometric signatures we use now do not require an exchange of bodily fluids.

Today in digital communication we often use two-factor authentication, before signatures are captures and encrypted.

Painter’s signatures often appeared on works of art, so they were embellished calligraphically.  The fact that painters’ signatures often vary over time (particularly in the modern and contemporary periods) might complicate the issue. The signatures of some painters take on an artistic form that may be of less value in determining forgeries.

Calligraphic signatures were common when people had plenty of time to practice and the ink was slow to dry. Examine the signatures on the American declaration of independence for some fine examples.

Today we use this sort of calligraphic embellishments on brand names and company logos.

Leaving signatures and logos in the hands of graphologists we may learn a lot of new things.

To make things worse, Members of Congress in the United States have begun having their signature made into a TrueType font file. This allows staff members in the Congressman’s office to easily reproduce it on correspondence, legislation, and official documents.

In situations where this superior official’s signature may frequently be required for routine paperwork, a literal rubber stamp is used, with a likeness of their hand-written signature. In essence, the term is meant to convey an endorsement without careful thought or personal investment in the outcome, especially since it is usually expected as the stamper’s duty to do so.

Special signature machines, called autopens, were capable of automatically reproducing an individual’s signature. They were used by those who need to sign lots of documents.  At some point, there were 500 autopen machines in Washington alone. In 2005, the U.S. Justice Department issued a legal opinion upholding the right of the U.S. President to sign bills by autopen 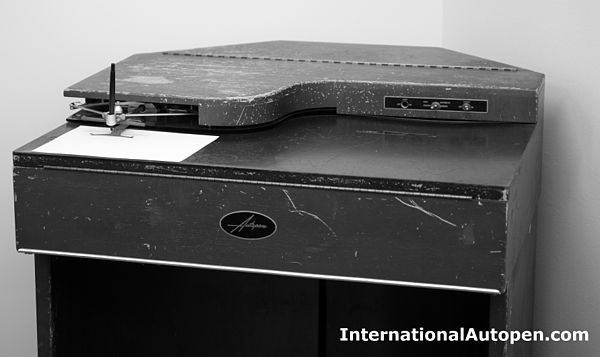 In many countries, signatures may be witnessed and recorded in the presence of a notary public to carry additional legal force.

The most effective wet signature

A signature produced in writing is called “wet”. Painters and kings had to make lots of small signatures, like initials on every page. The graphemes of the initials merged into cool symbols, like the logo of the Dutch East India Company or the signature of the legendary artist Albrecht Dürer. 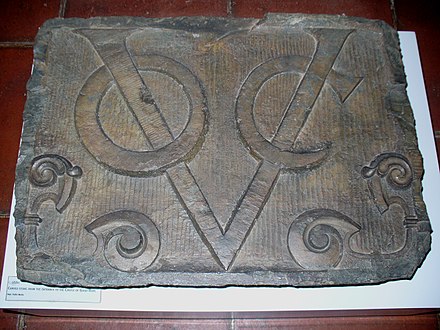 While such a signature can be easily forged, when stylized and embellished they are quite beautiful. My own signature is a mongram which I created when I was 7 years old and had to sign on protocols of chess matches.

We often put monograms on clothes and personal items for easy identification as engraved or embroidered symbols: on our pockets, pens, watches, knives, napkins, bags, and other things we love to use. To be honest, companies place significantly more monograms than individuals, unless those individuals are monarchs.  Here is another cool signature. This one was used by the most powerful medieval king, king of clubs in playing cards, Charlemagne. (King David, Caesar and Alexander the Great did not leave signatures, unfortunately.) 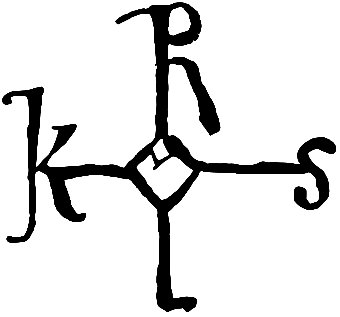 The signets of kings often carried their will. As such, they were magical objects. Perhaps the most powerful of these objects was the Seal of Solomon, probably placed on a ring. Nobody knows what it looked like, but possibly it had the shape of his father’s shield.

The legend of the Seal of Solomon was developed primarily by medieval Arabic writers, who related that the ring was engraved by God and was given to the king directly from heaven. The ring was made from brass and iron, and the two parts were used to seal written commands to good and evil spirits, respectively.

Even God has his own signature called Tetragrammaton, which is not to be spoken. It has the letters corresponding to what was, is, and will be. 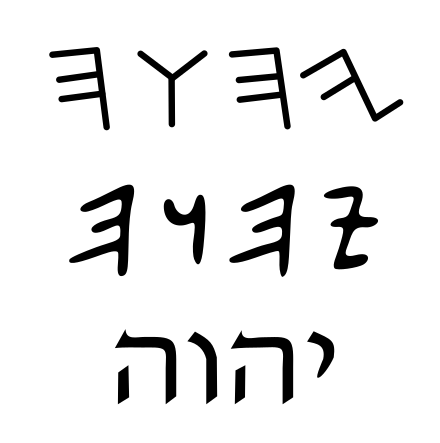 This particular signature is first mentioned in 840BC. These letters were written in different letters ( Paleo-Hebrew from 10th century BCE, the middle variation) in the Dead Sea Scrolls. To guard the sanctity of the Name, sometimes a letter is substituted by a different letter in writing (e.g. יקוק) in later texts.

Curiously, certain letters appear almost only in signatures. These are typically outdated scripts with a strong feeling of antiquity. You can download and use various signature fonts.

The way signature appears, often tells a lot about its creator. Some signatures are used for seals or by engraves. Since monograms usually appeared on small and round objects, these signatures are very minimalistic and monogram-like. Other signatures were created via calligraphy with a fountain pen. They are elongated and elaborated with connected letters.  The energy of the calligraphic writing is clearly visible. Compare these two fonts: energetic Ariel signature font and elegant Bianca.

Here please find these and some more fonts.

What does your signature say about you for someone trained to analyze signatures?

Illegible signatures tend to signal quick minds, not bothered about details. A precise open signature is a sign of clarity.

Signing with initials is a sight of efficiency, and often used by engineers.

Embellishments like a point or a line at the end of the signature is a sign of determination or seriousness.

There are some warning signs in certain signatures. Highly stylized letters may be a sign of insincerity and statement. Crossing or underlining the signature may indicate sensitivity and self-criticism.

Here is a very long list of personality traits potentially visible in a signature. The whole signature analysis area is very subjective and not very scientific.

People who want very unique signatures, like doctors who do not want their prescriptions to be modified, occasionally use fountain pens with a unique ink mix. There are dedicated sites for ink miking and there are also exquisitely rare ink brands.

Do not try to mix your own inks even from the same manufacturer, as this may generate solids which may make your precious pen useless. Instead, follow someone else’s recipe and slightly modify the proportions. For example, 3:5 is a popular proportion of mixing inks. The most commonly mixed inks are probably blue and black, followed by blue and green, ruby and orange.  Mixing two inks, like Kaweco inks may probably cost you around 50 dollars for a year-worth of ink. It is not very expensive but very recognizable.

Using special capital letters and finishing with embellishments, or changing one letter in your signature is also very common. Here are some signatures of Frank Sinatra,

You can sign your documents any way you want, but that will generate questions and issues with clerks. In the same way, you can also change your name. You have a unique national ID. Everything else can be changed if you do not mind dealing with clerks and scrutiny. Most of us do mind, so the signature changes slowly over the years.

When should a signature change? If it generates a bad vibe or is very easy to copy. Alternatively, if it is too slow and complex and you need to sign many documents.

Smart people often have two signatures: a very simple monogram for signing quickly with initials lots of pages, and an elaborate signature of the full name and surname is a fancy script for collectors and fancy documents. If you have only one of those, consider getting the other.