Learning math is like playing chess. Young people do it better because they have better visuospatial intelligence. This is raw processing power, the sort of processing gamers do when playing DOTA2 or other complex real-time strategy games. Using the nootropics that help video gamers gain an extra edge may also help us. The same agents also prevent age-related brain deterioration. Read more on eSports nootropics here.

Which specific qualities do we want to improve?

I think we also need the same qualities for math or chess. When I was young I played chess reasonably well (my rating was around 2400 for a short period). I also have a PhD in a mathematical subject here. All of this was before I was 30 years old. Now, 20 years later… It’s not like I totally lost the math skills, but I am definitely not as mathematically sharp as I used to be.

To be honest, I do not start a day without some espresso and dark chocolate. Yet I know that professionals need and use much more than that.

For long-term maintenance, we usually take food supplements without known side-effects. Some famous eSports gaming nootropics include ginseng and coconut oil. It is quite common to consume Omega 3, blueberries, turmeric, and all kinds of nuts.  Possibly sports and meditation help more than any kind of food.

For a couple of hours of flow, we can use coffee, chocolate, energy bars… These substances provide a bit of extra energy and focus. Some people I know need to take adderall or equivalent, but I get natural hyperfocus from dealing with subjects that interest me.

If all we need are just 20 minutes of extreme productivity, we do not even use nootropics. The preferred methodology is breathing, pumping the brain with oxygen. I also have a small home kit for transcranial direct current stimulation (it costs below 100 dollars and there are no known side-effects).

Will we notice an IQ change?

It’s not like we can easily notice a change of 20 IQ points. Marihuana or alcohol can reduce our IQ by 20 points. Multitasking reduces the IQ even more. Yet most of us routinely miltitask and occasionally consume substances to have a good time. If we get substances that have the opposite effect, we might not even notice the difference.

eSport athletes notice every small change. They need the best reaction time, uninterrupted focus, confidence, and initiative.  A chess player can kind of doze off for 10 minutes while the opponent considers his next move. Someone playing eSports cannot afford to doze off even for a second. eSport “athletes” pay a healthy premium for quality equipment. The championship prizes are valued in millions. So if anything helps they will use it, and they will notice the difference.

To be honest most of us do not use our brain that much. Speedreading is more about proper technique than it is about brainpower. Algorithmics (AI) is about dealing with thousands of possible parameters and variations, noticing small mistakes, trying different combinations until something works. It is more about systematic critical thinking and creative outbreaks than drafting a winning strategy. Business development can be very much like eSports, but you will not take your TCDS kit to a business meeting.

Do the nootropics really help?

Things that truly make a difference are knowledge, proper technique, attention to detail, and systematic creativity. We train those things anyway, so they are kind of given. Without them, a person simply cannot succeed as an expert.

The next level is mental preparation. Most top performers are masters of positive self-talk, guided visualization, and CBT style of analysis. Usually, the coach as a role model passes these qualities to his protege.  Typically these tools are used intuitively, and practitioners do not even notice how they use them. Do not get fooled. They may not know what they are doing, but they are usually instinctively using the most effective cutting-edge techniques.

Once the technique and mental preparation are maximized, we are back to the basics. We deal with pure energy, focus, endurance… And here nootropics help. They provide the extra sharpness needed for certain tasks.

It’s like kitchen knives. Proper technique is absolutely needed. Then the quality materials and construction can make the job easier. And then for an added advantage, we can sharpen the knives really well. The knives will work and cut well even if sharpened once a month or less, but a professional will sharpen his tools daily.

One of the hardest tasks the gaming nootropics need to do is fight the anxiety while increasing alertness. If you have access to top-quality nootropics, you may consider Aniracetam or Piracetam.

Despite its reputation as a brain enhancer, aniracetam is extremely controversial. It’s approved in Europe, but it’s not an approved substance in the United States. Although aniracetam lacks FDA approval, some people purchase the substance illegally through online vendors. The side-effects include irritability, headaches, nausea. More importantly the drug releases neurotransmitter glutamate that may actually kill neural cells in case of overdose.

So why do the gamers use it? Racetam reduces anxiety with no sedation by activating dopamine D2 and D3 receptors. Aniracetam heightens reflexes and perception. And helps improve cognition, learning, and memory. Aniracetam is fat-soluble while Piracetam is water-soluble. Fat-soluble molecules cross the blood-brain barrier more easily than water-soluble molecules. Aniracetam works faster in the brain after taking it than Piracetam because of its superior bioavailability to the brain. But its effects don’t last as long as Piracetam.

I personally never took this product. Some gamers swear by it. The extra edge comes with a price, and I personally do not want to pay it. At least not yet.

In Sanskrit, Ashwagandha means “smell of horse”. Meaning this herb imparts the strength and vigor of a stallion. It is a powerful ayurvedic anti-anxiety drug. One of the things it does: it turns off this annoying voice in your head telling you that you cannot do something. Ashwagandha enhances GABA receptors and serotonin in the brain. If you want less stress and more energy, consider it.

Ashwagandha is an evergreen shrub that grows in India, the Middle East, and parts of Africa. It has a long history of use in traditional medicine. For hundreds of years, people have used the roots and orange-red fruit of ashwagandha for medicinal purposes. It has many benefits and even helps to fight COVID19. If you have a healthy liver there are no serious side effects I am aware of.

Basically, it improves metabolism in several complex ways. It also improves neural regeneration. You can take it quite safely, especially if you have a stressful demanding job. Most importantly it reduces the side-effects of other substances you may use. 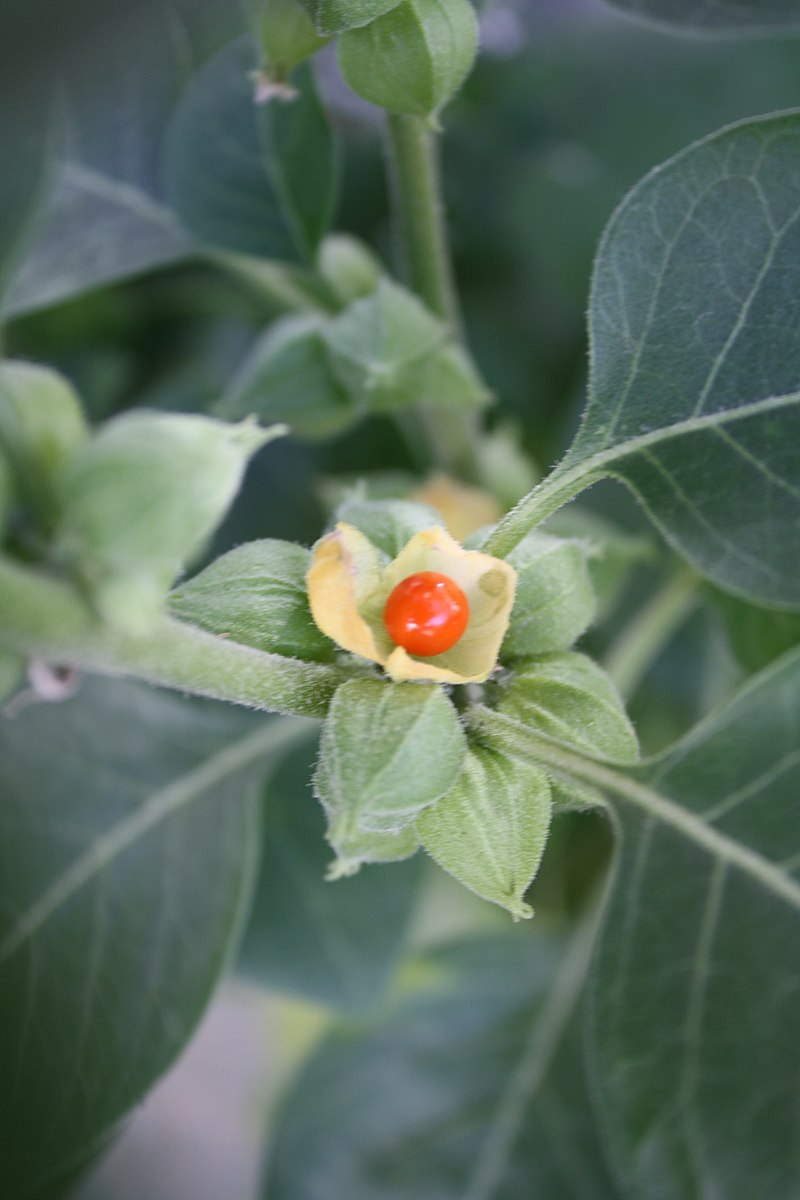 Another Ayurvedic drug, used specifically for focus and memory. Bacopa has antioxidant effects which enhance cognitive function. Bacopa extract helps prevent arterial plaque that can lead to heart attack, stroke, and other neurodegenerative diseases. It can possibly fight Alzheimer’s.

While Bacopa sounds great, it comes with a possibility of various strange secretions in many body parts. From ulcers to asthma, the side-effects of Bacopa are not well understood.

Personally, this is one of the drugs I want to take when I cross the age of 60, but not necessarily before. I honestly want to wait for the new research about this substance. For example, research at Banaras Hindu University showed Bacopa as effective for anxiety as the benzodiazepine drug lorazepam. But without the sedation.

If you watched the Netflix series “The Queen’s Gambit” you will understand that massive concentration and mental work may have a huge toll on your brain. You may need to prevent and repair the damages. This is not something required for most of us. I do not think for example that I strain my own brain hard enough unless I am pushing 5000wpm reading speed.

Citicoline provides uridine once it enters the brain. Uridine repairs, rebuilds, and re-supplies the components needed for neuron repair. Citicoline enhances the release of norepinephrine, dopamine, serotonin, and acetylcholine in the brain. Citicoline is present in every cell in your body. It repairs damaged neuron membranes. The membranes that were raided to make acetylcholine during intense mental activity.

You can pretty safely take this antiaging agent, especially if you are above 50 years old. Doctors may also inject the substance locally if you have muscular degradation or glaucoma.

While not a “gaming industry” drug, coenzyme Q10 has some similar effects. For example, the coenzyme Q10 might improve the oxygen flow to your brain.

CoQ10 may improve metabolism and possibly fight Alzheimer’s. It may also negate side-effect of other drugs improving brain performance, especially on your liver. If you seriously consider taking nootropics, consider combining them with Q10. CoQ10 has also been studied as a preventive treatment for migraine headaches, though it may take several months to work.

Since I occasionally suffer from migraines, I take CoQ10 regularly. I think my skin looks younger than my age, but this could also be an effect of collagen.